n May 2022, MMСO completed the 1st year of research for the Project “Whales of Mauritius", which was funded by the Mauritius Research and Innovation Council. During the period 01 March 2021 to 01 March 2022, 4 expeditions were undertaken around the whole of Mauritius (2 in winter and 2 in summer) for 10 days each with an average coverage of about 3.025 km2, which is about 40% of the territorial waters of the main island of Mauritius. During the 40 days of fieldwork, 12 cetacean species from 96 cetacean sightings were recorded. This study updated data on cetaceans species diversity in Mauritius; filled gaps in the spatial distribution of cetaceans’ important habitats, including confirming the presence of critical habitat for melon-headed whales and indication of a resident population; allowed to continue long-term monitoring of the local sperm whale population; made possible to assess the potential cumulative impact of anthropogenic activity on cetacean habitat and mapped it to identify priority protection zones. The study resulted in a scientific report and recommendations on possible mitigation measures in critical habitats. The results can serve as an important component for application in MSP tools as well as for various state institutions, authorities and decision-makers. During 2022, the MMCO continues to monitor the local sperm whale population along the west coast of Mauritius under the ‘MAUBYDICK’ Mission, part of the larger project “Conservation of Threatened Marine Megafauna Species in Mauritius", funded by the GEF SGP. 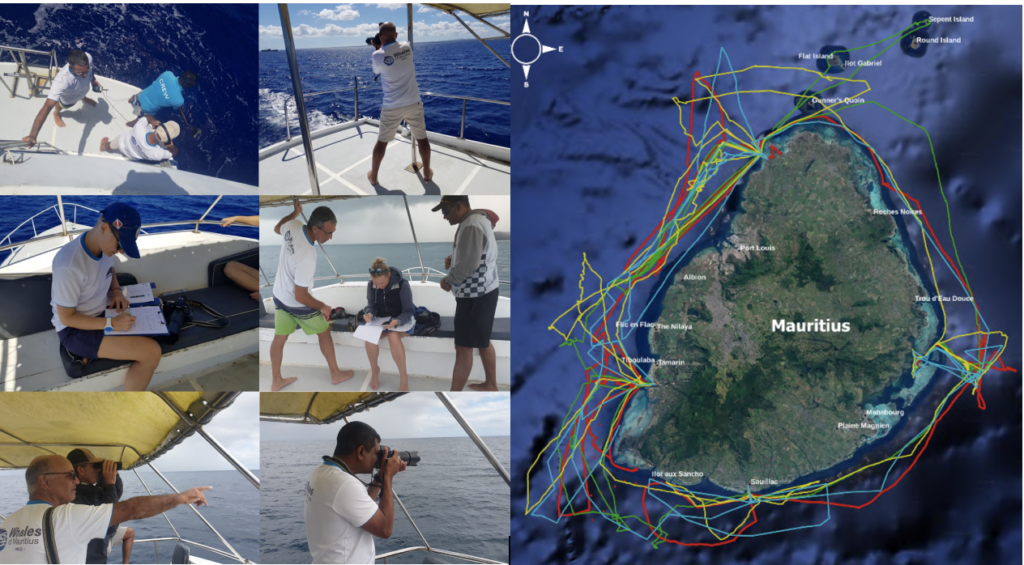