New research project on cetaceans in the Seychelles

In the western tropical Indian Ocean, the Seychelles is well known for its extraordinary biodiversity and scenic beauty of the country for tourism, the primary source of income for the nation. The Seychelles is also known for its leadership in conservation of natural resources, both at the regional and the international levels. Considerable research and conservation actions have focused on insular and coral reef ecosystems, including coral reefs, sharks and rays, sea turtles, and seabirds. However, no dedicated research has been carried out to understand the ecological importance of this region for cetaceans. Over the past four decades, scattered accounts have been documented in the literature on the occurrence of a few cetacean species. The archipelago used to be a major whaling ground, particularly for Soviet whalers during the 20th Century, who targeted several species including blue whales, Bryde’s whales and sperm whales. More recently, extensive aerial surveys undertaken by UMS Pelagis (Université de La Rochelle/CNRS, France) in 2009 and 2010 revealed the highest densities of cetaceans in the southwestern Indian Ocean occurred in the Seychelles EEZ.

Despite this, the interest in cetaceans has remained limited. In 2019, a collaborative project was initiated between Florida International University, the University of Seychelles, and the University of Washington to promote research and training of local researchers and students in order to improve our understanding of cetacean populations in the Seychelles. A first research cruise was successfully carried out in November 2020 and several other research expeditions will be undertaken between 2021 and 2023. A combination of visual and acoustic methods is used to assess the abundance, species composition and distribution of cetaceans and to identify potential threats to whales and dolphins in the region. Our first expedition, in November 2020, revealed the presence of 13 species, including blue, sei, Bryde’s and sperm whales and a diversity of odontocetes, including several delphinids. A major component of this project will be the training of students from the University of Seychelles; several students and local wildlife experts are already involved. 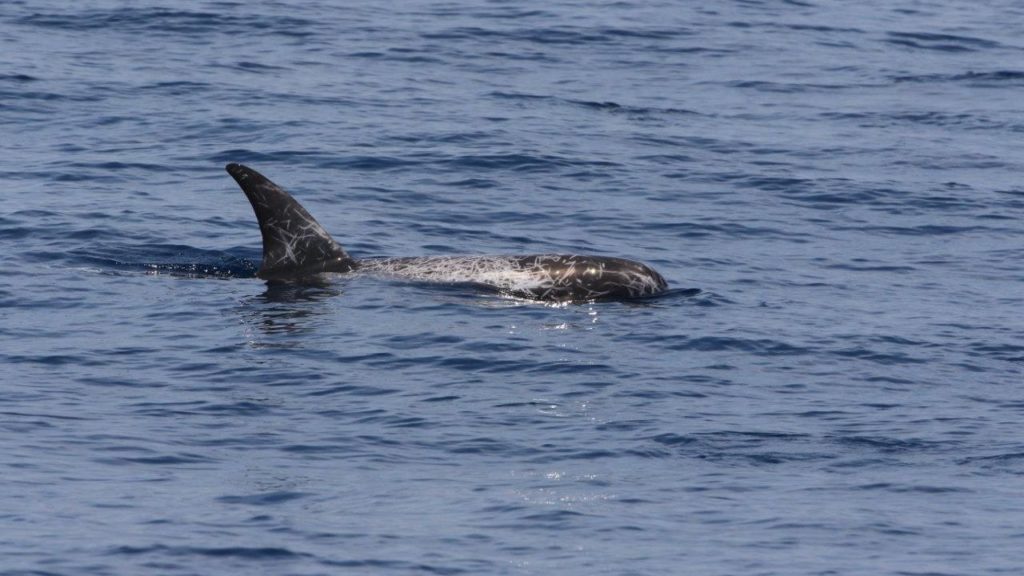