Two coordinated tagging projects – one in Reunion (Globice) and the other in Kenya (WCS) – took place in September 2019, with the objective of providing further insights on humpback whale movements within the western Indian Ocean as well as migratory routes to the feeding grounds. The September date was chosen with care, as this would provide the greatest chance that tagged whales would complete their migrations to the Southern Ocean before their tags failed due to loss or battery expiry. The projects shared a single expert tagger – Dr Amy Kennedy – ensuring consistency between sites (especially for tag programming) and timing was closely coordinated. Work began in Reunion in late August and continued until mid September. Work in Kenya began in mid-September and continued until the end of the month.

Despite the best efforts of both teams only a single tag was deployed in Reunion and none in Kenya. As described above, whales were very few and opportunities for tagging very limited. The single animal tagged in Reunion was a mother with a calf, and her southbound migration took her to the Crozet Islands where she wandered around for more than 2 weeks. This change in her track was coincident with a large patch of chlorophyll a, suggesting a feeding stop-over. She then continued her southern migration and had reached 63°S of latitude when the tag stopped transmitting, more than 4 months after deployment. Her track can be viewed on the Globice website here. The teams hope to attempt tagging again in 2020, but given the pandemic much uncertainty remains. 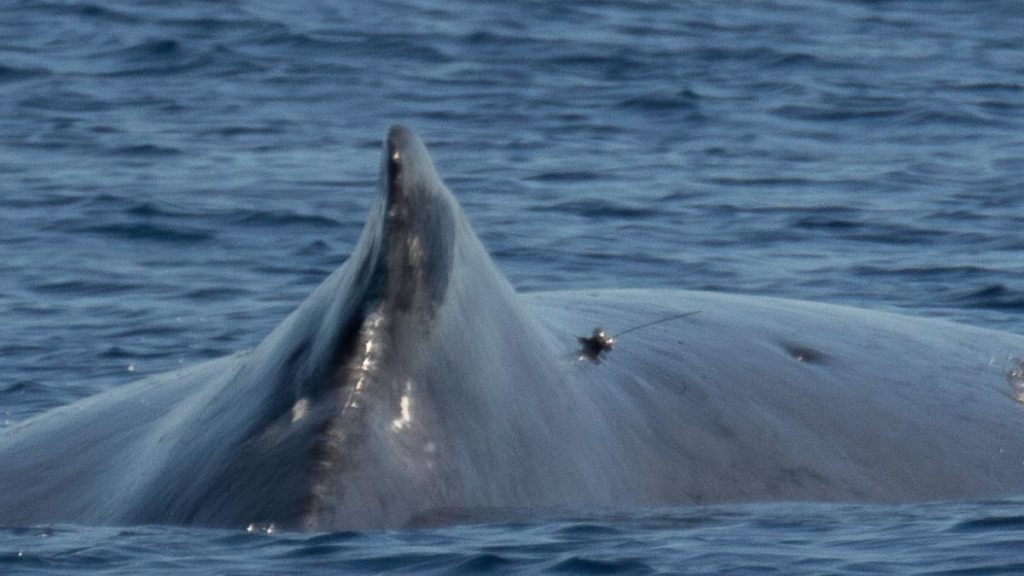