A paper published in December 2020 in the journal Endangered Species Research describes a new blue whale song that is heard from the Arabian Sea coast of Oman to the Chagos Archipelago and as far south as Madagascar. Salvatore Cerchio, Director of the African Aquatic Conservation Fund’s Cetacean Program led the analysis of recordings of the whale from three locations in the western Indian Ocean. The novel song was first recorded in 2017, during passive acoustic research in the Mozambique Channel off Madagascar, focused on Omura’s whales, blue whales and other baleen whales. Cerchio was also working with Andrew Willson, director of Future Seas LLC, and a team of scientists collecting acoustic recordings off the coast of Oman in the Arabian Sea, a research effort focused on the highly endangered Arabian Sea humpback whale with the Environment Society of Oman and Five Oceans Environmental Services LLC. While analyzing the Oman acoustic data, Cerchio recognized the same unusual song, recorded even more prevalently off Oman than Madagascar, and it became clear that they had likely found a previously unrecognized population of blue whales in the western Indian Ocean.

In 2018, the team reported their findings to the Scientific Committee of the International Whaling Commission (IWC), which was in the process of evaluating the status of blue whale populations in the Indian Ocean, and raised many new questions about blue whale population movements and structure in the Indian Ocean. Emmanuelle Leroy of the University of New South Wales, in Sydney, Australia, was also conducting acoustic research on blue whales in the Indian Ocean, and recognized that the same song had been recorded off the Chagos Archipelago in the central Indian Ocean. The collaborative team grew, and analysis of data from all three sites suggested that the population may spend most of its time in the northwestern Indian Ocean, in the Arabian Sea and to the west of the Chagos. It has long been recognized that a unique population of blue whales resides in the Northern Indian Ocean, but it was assumed that whales in the Arabian Sea belonged to the same acoustic population that has been studied off Sri Lanka and ranges into the southcentral Indian Ocean. However, the songs tell a different story.

Blue whales were hunted to near extinction around the globe during the 20th century, and the Arabian Sea was targeted by illegal Soviet whaling in the 1960’s, an activity that nearly eradicated what were already likely to be small populations of humpback whales, blue whales, sperm whales, and Bryde’s whales. Some researchers consider both the northern Indian Ocean blue whales and Arabian Sea humpback whales to comprise unique subspecies, not simply populations, making them particularly special and important to biodiversity. Therefore the discovery of a distinct population of blue whales in the northwest Indian Ocean is of particular conservation significance, since its status is completely unknown and it may be highly endangered, similar to the Arabian Sea humpback whale. 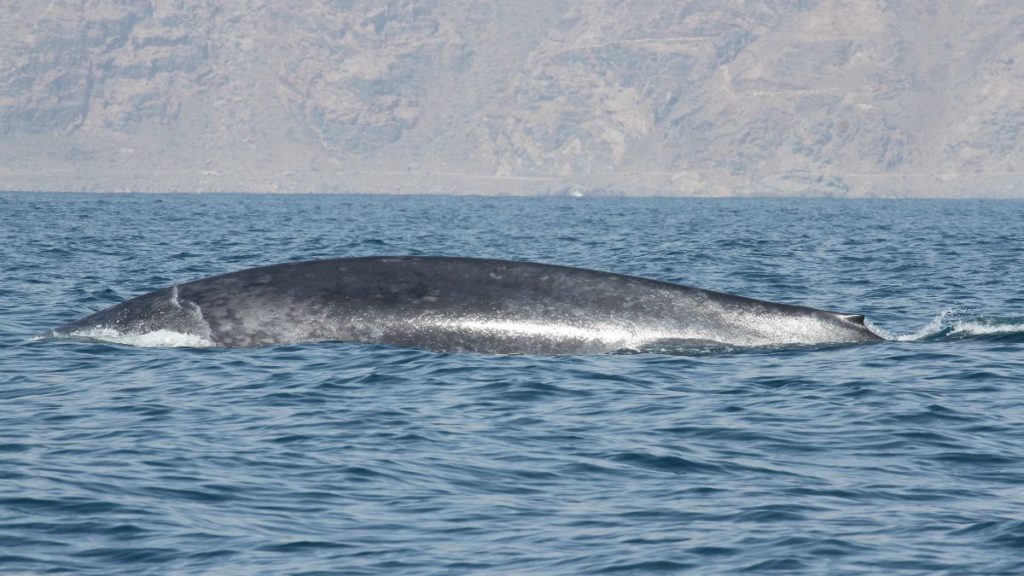